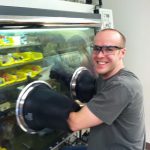 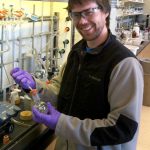 Kevin hails from Issaquah, Washington. He graduated with a B.S. in chemistry from Western Washington University where he worked under the supervision of James Vyvyan investigating gold-catalyzed aromatic Claisen rearrangements. Kevin has spent the majority of his time at IU studying cross-coupling via Cu/Pd synergistic catalysis. In his free time, Kevin enjoys photography and being outside (swimming, hiking, skiing, etc.). 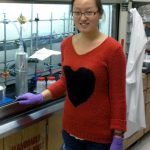 Yao was born in Lanzhou, China and her hometown is very famous for beef noodles. In 2008, she attended Tianjin Normal University as an undergraduate student and did undergraduate research with Professor Qingxiang Liu. In 2012, she flew across the Pacific Ocean and joined Professor Kevin Brown’s research group. She is now working on enantioselective/chirality transfer [2+2] cycloadditions with allenes. In her free time, Yao enjoys running, watching movies, and playing guitar. 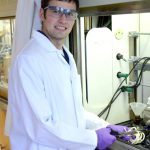 Sean is from Vestal, NY. He received his B.S. in chemistry from Binghamton University in 2015 doing research under Professor Vetticatt. In the Brown lab, Sean researches the transition-metal catalyzed arylboration of alkenes. Outside of lab, Sean enjoys volleyball, video games, and hiking.

“When life gives you melons, you might be dyslexic.” – Jay McLean 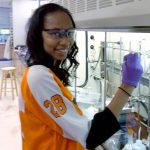 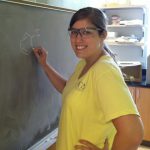